Cattle slats have to be made right
We take the safety and strength of our cattle slats for granted. Here, we go behind the scenes to see how they are made.
This week, I show how slat gangs are made in a modern, large-scale factory. To do this, I travelled to Croom Concrete, Co Limerick.

Slat gangs are, of course, cast in steel moulds. It’s the same principle as making jelly trifle in a glass bowel, albeit everything is big and heavy. Small-scale manufacturers of slats can make good slats but the process is limited in output and requires a lot of labour and the use of forklifts.

In contrast, in a big plant, the process can be a lot more automated and efficient and that’s how it is in Croom Concrete. Pre-casting concrete has two elements. One is the bringing to and fro the moulds, heavy when they’re empty, very heavy when full, turning the mould upside down to pop out the new slat gang and stacking them to cure. The other part of the job is the filling of the mould, compacting of the concrete and finishing the surface.

Croom Concrete has two production lines for slats, placed side by side. One is in place for 10 years and makes slats of up to 12ft, the other was installed in 2014 and makes slats up to 16ft 6in. In all, the plant can make up to 100 slat gangs per day, enough standing room for 250 beef cattle. The firm has CE certification for its slats. 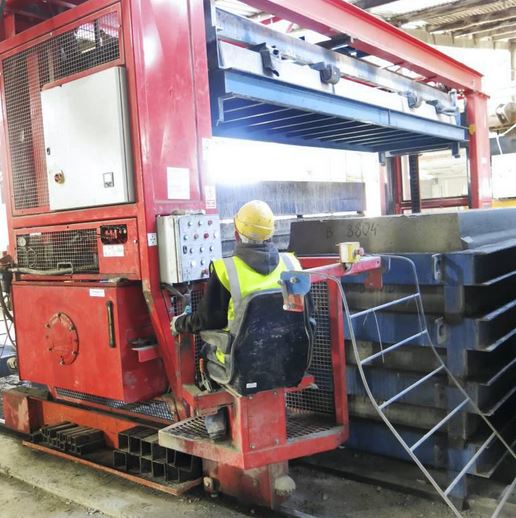 This is the machine that moves the moulds up the line for filling and back down when the slat gang is cast. After casting, the slat gang is placed on a blue stacking pallet – like the one we see suspended – for curing. 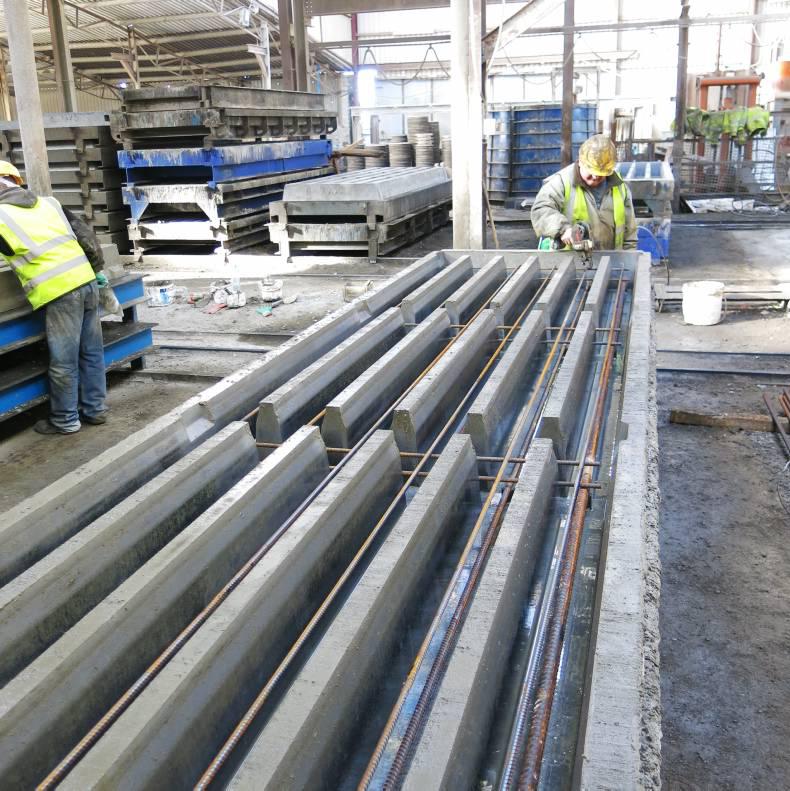 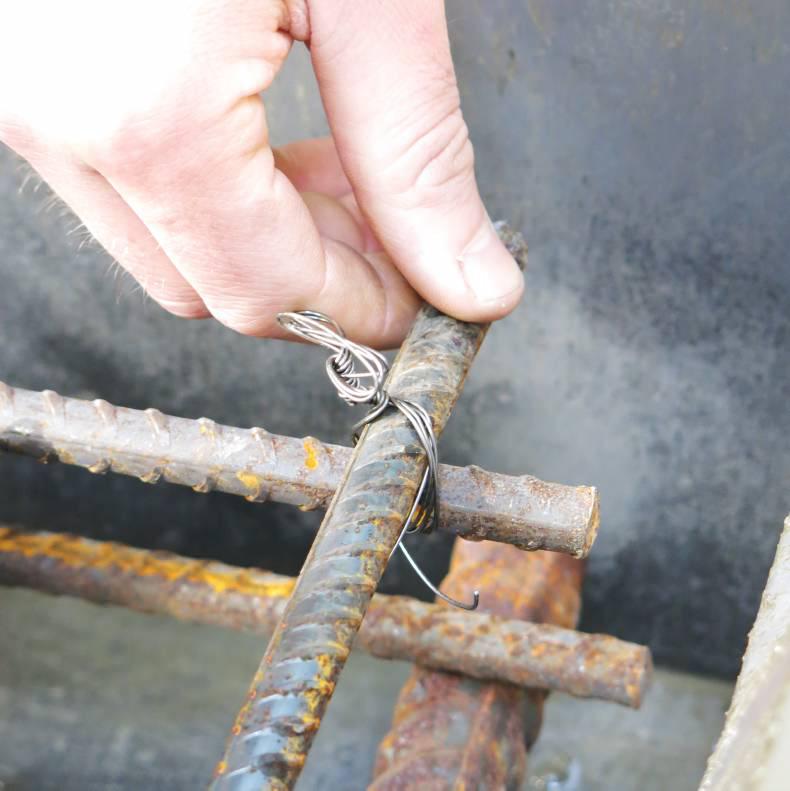 This is the empty mould placed on the table for filling. It has been sprayed with mould oil to prevent the concrete from sticking to the steel. The men have placed in the reinforcing bars. The operator at the other end has begun tying the steel bars together (picture three). This is to prevent the bars being pushed out of place when the heavy concrete is poured on them from above. The slat gang will be cast top side up. 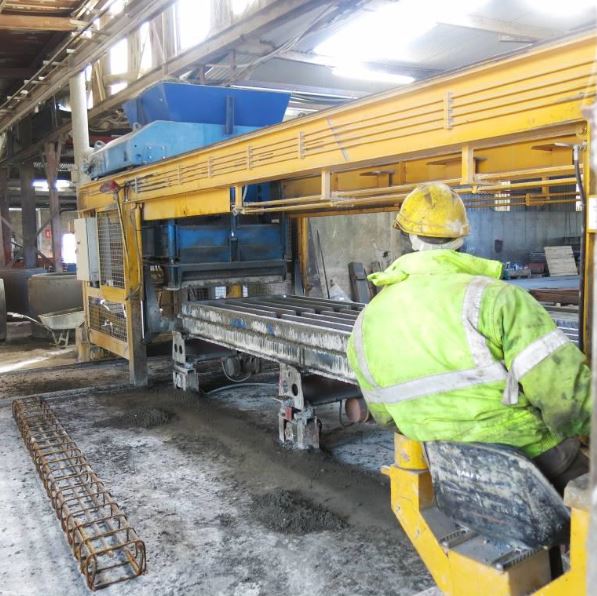 The filling machine comes into action now, advancing over the mould. The operator controls the machine with two joysticks. The blue filling bin overhead has been filled with concrete. This bin will now slide along, filling up the mould, under his direction. 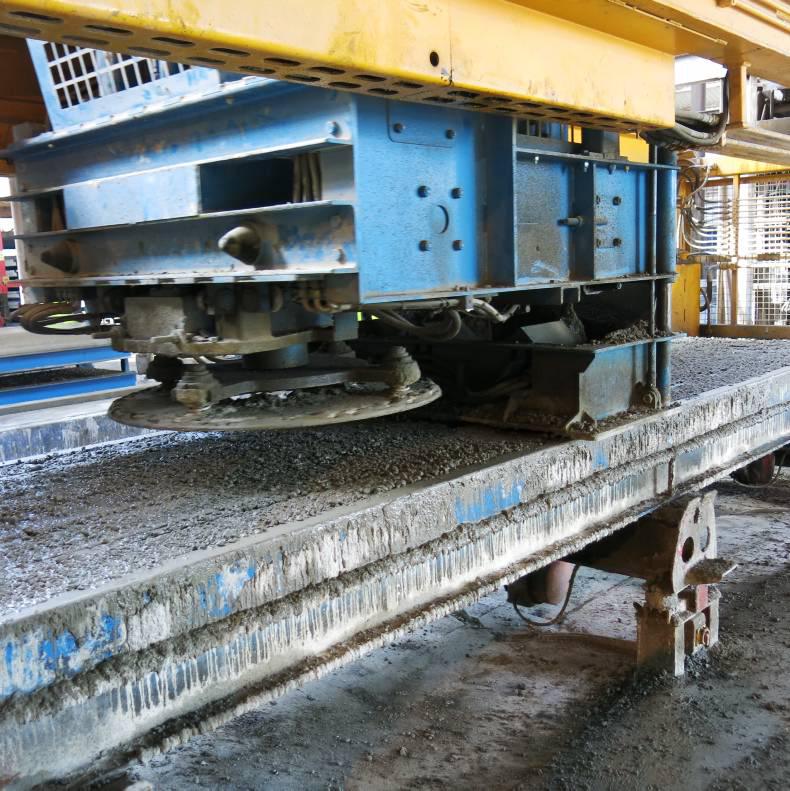 The operator has filled the mould flush to the top. The concrete is a dry mix – it couldn’t be worked by hand – and has high cement content. The resulting fast set allows the new slat gang be removed from the mould after only five minutes. This fast throughput is necessary to achieve fast production on the line and keep costs down. Next, the operator switches on the vibration under the table.

Immediately, the concrete settles down into the mould with air bubbles rising to the surface. The operator runs the bin along the mould again, topping it up. 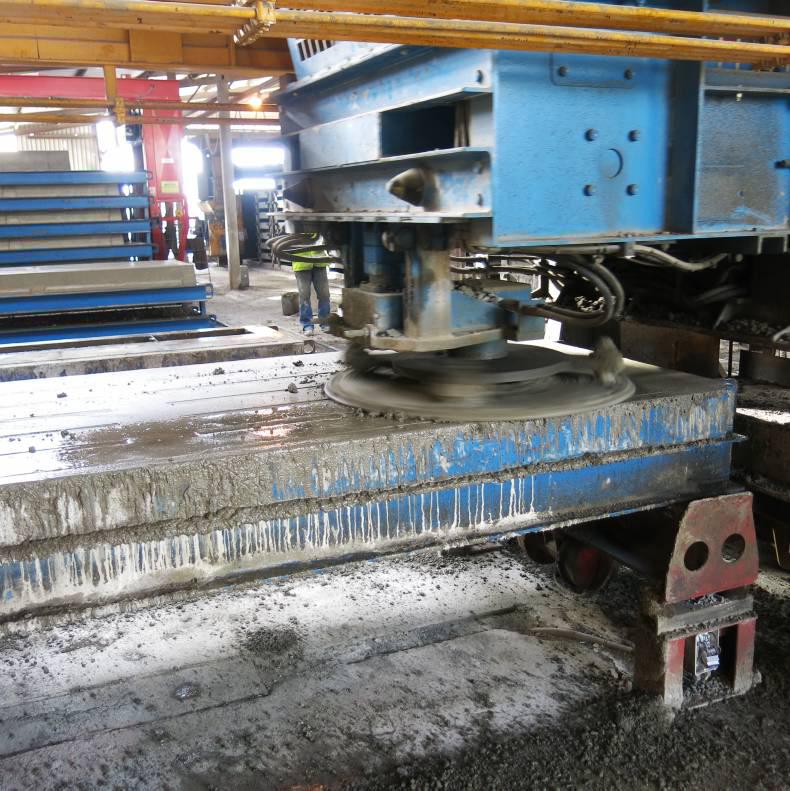 Next, the finishing disc comes into action. The operator directs the spinning disc around the slat, smoothing the top surface and removing any final air bubbles. This action gives a harder wearing top surface. To finish, the operators will rub a bristle brush across the top to ensure good grip for hooves – more or less the only hand work involved in the whole process. To give more grip (eg for dairy cows), Croom Concrete is equipping itself to produce slats with a grooved surface. 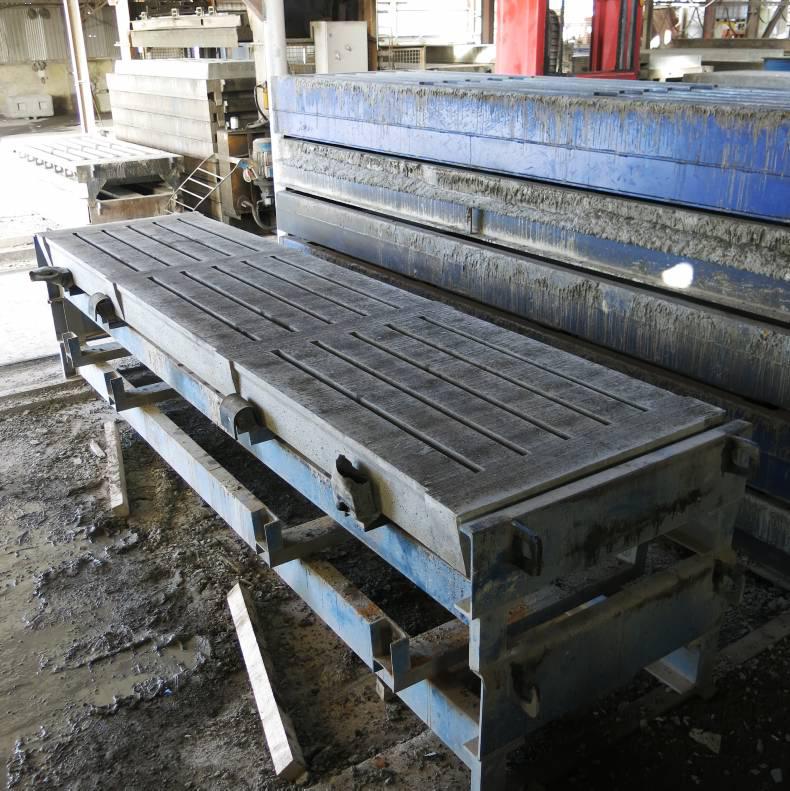 Finally, to remove the new slat gang, the mould has to be turned upside down. The red handling machine (as in picture one) will first place a blue stacking pallet on top. It turns over the whole assembly and lifts the mould up and off, ready to be cleaned and go again.

Slats are expected to do a lot. They must span across two walls that are anything from 12ft to 16ft apart, support the weight of animals and possibly machinery and resist the corrosive effects of slurry. They’re expected to do this for at least 20 years.

Concrete is strong under compression, ie under the weight of wheels and hooves. But it has only a fraction of this strength under a tensile loading, so steel reinforcing is used to give slats tensile strength. Steel is strong under tension as well as under compression. Not surprisingly, you place the steel where it is most needed. This means that most of the reinforcing used in a gang slat is placed near the bottom of the ribs, to stop it cracking downwards under weight. Some steel is also placed near the top but this is actually done to ensure that the slat gang doesn’t sag and snap in the middle when being lifted for delivery and at installation. After slats came into use decades ago, it was realised that steel placed too near the outer surface of the concrete was at risk of corrosion, leaving the slat at risk of collapse.

Erosion, or damage during installation, could allow slurry to come in contact with the steel. The steel eventually rusted, weakened and swelled, cracking the concrete. As a result came a recommendation for a minimum cover of concrete over the steel. The cover required is 35mm.