With the recent bad weather which has occur over the past four months here in Ireland,two bridges were badly damaged in Clonakilty,West Cork, Southern Ireland. After an extensive site investigation carried out by RPS Engineers, the decision was taken by the local authority for the complete demolishment of the existing stone/masonry structures and there replacement with a new structures formed by the use of pre-cast box culverts.

After successful tendering for the job Cumnor Construction, based in Blarney won the contract for the two bridge replacements. Cumnor selected Croom Concrete to design and manufacture the precast box culverts.

Both jobs were completed in March 2014. From placement of order to the installation was approximately 2 months.

Cork County Council Area Engineer Flor Rahily (pictured above with Eoin Quinn, PM with Cumnor ), was extremely happy with the quality of the products delivered and the ease with which the products fitted together. He was particularly happy with the levelness and smoothness between the joints. Overall the job was said to be a success and both parties were very happy with the pre-cast culverts from Croom Concrete.

Further details about our Precast Culverts can be found here 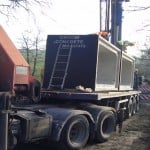 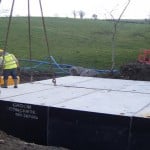 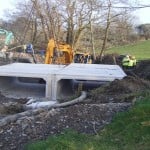 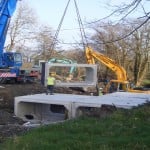 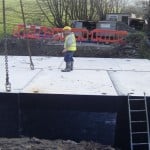 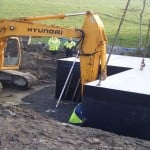